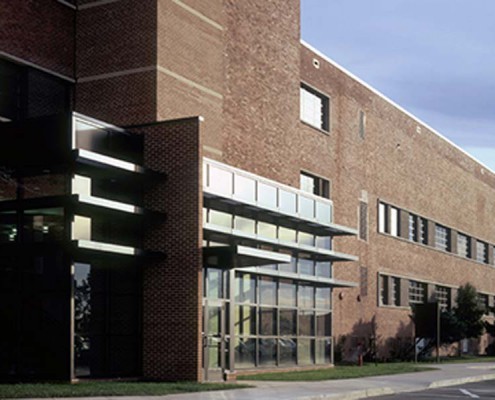 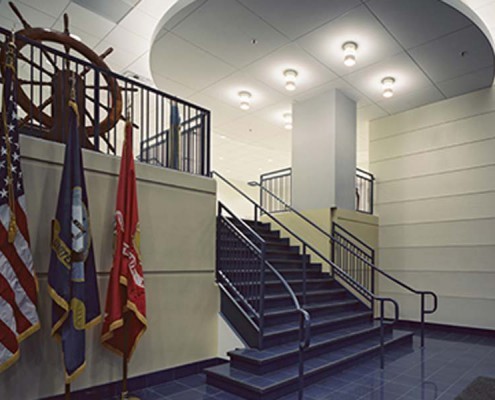 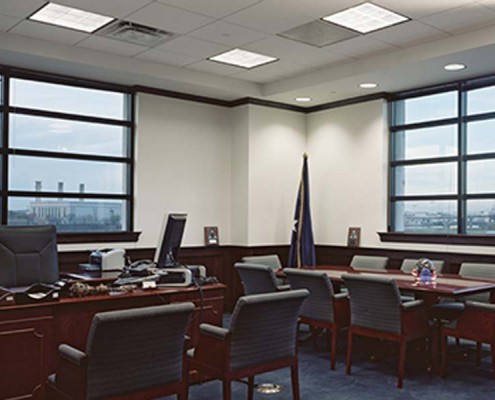 The project required the renovation of existing office space as well as the building’s main lobby. The lobby was expanded and a large section of curtainwall, an elevator and new windows were installed. Since Building 168 was originally built in 1942, the renovation also involved extensive asbestos and lead paint abatement.