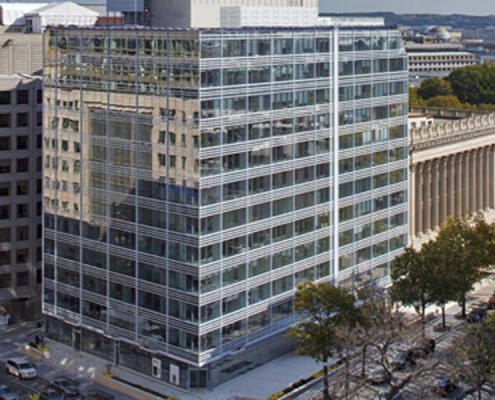 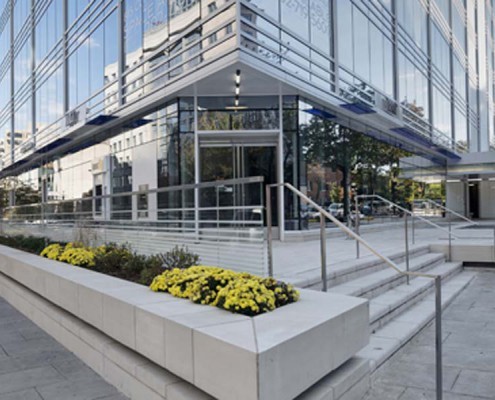 For the 815 Connecticut Avenue project, Forrester Construction re-positioned a Class-B commercial office building to a Trophy status, luxury building offering best-in-class amenities. Construction included a full replacement of the building’s exterior façade, a thorough refurbishment of its MEP systems, high-end remodeling of the lobby and core areas on six floors and an elevator to the roof level that grants tenants spectacular views of the White House and the National Mall. Square footage for the building was maximized, increasing the structure’s original footprint by 16,000 SF.

This LEED™ Platinum certified building was used as a platform in 2011 by Presidents Obama and Clinton to launch their Better Buildings Challenge due to the project’s energy efficiency improvements, estimated to provide an annual savings of more than $100,000 per year with return on investment in less than four years. These improvements include a high performance curtainwall that yields a solar heat gain coefficient, reflective roofing and paving and a fully-automated MEP system.