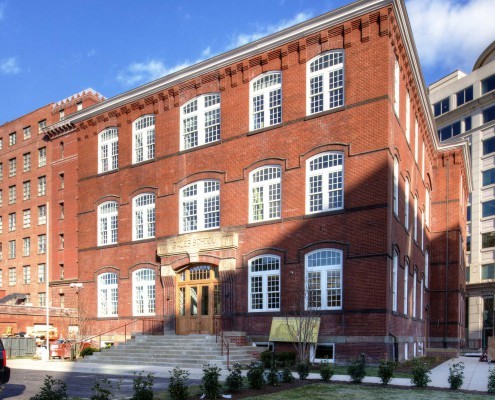 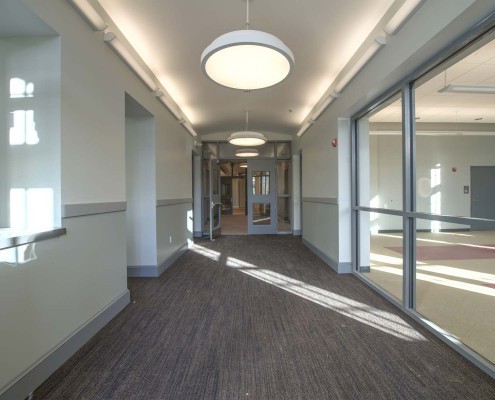 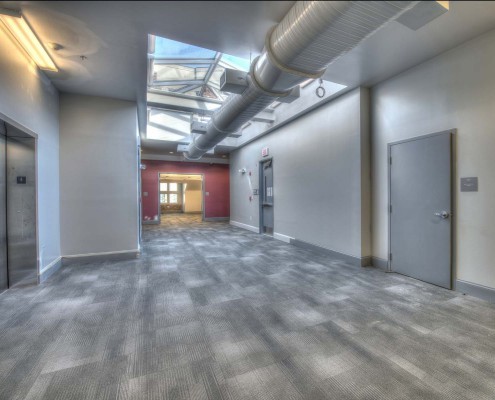 Forrester Construction‘s work included interior demolition and build-out, a thorough façade restoration and site work at Central Union Mission.  Established in 1884, the Central Union Mission is a Washington DC area, faith-based, nonprofit organization that provides a wide range of services to the needy. In 2011 the Central Union Mission, also known as the Mission, reached an agreement with the District of Columbia to rent the historic Gales School building from the city for $1 per year. This agreement allowed the Mission to reallocate operational funds and increase services for the city’s homeless and underprivileged.

To convert the abandoned 130 year old Gales School into a new 150 bed shelter and central operations office for the Mission, the existing four-story building was completely renovated and a new three-story addition was added.  Since significant structural modifications and demolition were required, Forrester designed and implemented an extensive temporary shoring and bracing system to support the structure during construction.